Looking for BFGoodrich tires in Calgary? You’re right where you need to be. 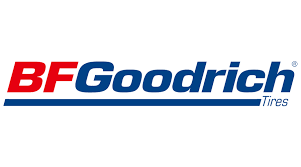 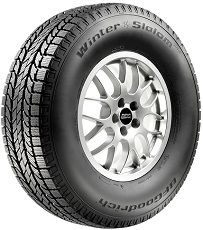 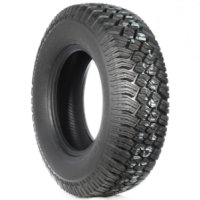 Driving a sedan, coupe or any other passenger vehicle during Calgary’s winter months for most means having a set of dedicated winter tires for safety, handling and peace-of-mind. One of the trade-offs is that when roads are clear and temperatures are above freezing, winter tires have a reputation for feeling “soft”. With the Winter T/A KSI, BFGoodrich made it a point to provide drivers with the winter performance they need and a stiffer feel on clear roads. They also aimed to address another common complaint against winter tires by reducing road noise on dry or wet surfaces. The tread was designed with those goals in mind and the resulting Winter T/A KSI delivers on all counts.

The tread features a continuous centre rib that provides steering control in all conditions. Also included in the Winter T/A KSI tread are locking 3D Active Sipes technology that assist in increasing block stability when cornering and for overall handling. Speaking of sipes, BFGoodrich infused the Winter T/A KSI’s tread blocks with Max Sipe Density to give it plenty of biting edges when braking and accelerating on icy and snow-covered roads. The tread blocks on the Winter KSI are designed with BFGoodrich’s Saw-Toothed Groove Edges that aggressively grip into ice and snow and their Casing Protectors which are rubber pads contained in the grooves that help shield the tire from stone drilling and increase its lifespan.

The Winter T/A KSI’s shoulders incorporate BFGoodrich’s Serrated Shoulder Profile, a design that allows the Winter T/A KSI to “dig” itself out of deeper snow and icy ruts. The tread itself is composed of BFGoodrich’s High-Density Silica Compound that gives it the versatility to remain flexible in freezing temperatures for the necessary traction while keeping stiff enough for crisp handling during warmer winter days. The tread is designed in a directional pattern and has large circumferential and wide lateral grooves that all work together to evacuate water from underneath the contact patch and help the driver avoid hydroplaning.

If you drive a light truck, SUV or crossover and are looking for a tire that will get you and your loads safely around Calgary during its harshest road conditions, the Winter Slalom KSI is up to the task. This sturdy winter tire also adds comfort to its handling abilities that are verified by the fact that it carries the three-peak mountain snowflake symbol awarded by the tire industry to winter service tires.

Not only is the rubber formulated for responsiveness in freezing temperatures and traction on wet surfaces, but it also includes micro-pores in the compound for an added grip mechanism that, when combined with the other features of the Winter Slalom KSI, help deliver the traction you expect from a BFGoodrich tire. Those other features include a design that provides maximum biting edges; an optimized, high-density sipe configuration for traction and handling on dry, wet, slushy, icy and snow-covered roads; and deep, extra-long sipe length for continuous grip and traction performance over the life of the tire.

The Winter Slalom KSI’s tread has full lateral grooves that flush out water and ice for hydroplaning resistance and Diamond-Cut Block edges for added traction on water, snow and ice and even weight distribution for uniform tire wear. It also features BFGoodrich’s ETEC system on some sizes (Equal tension Containment), for a consistent, maximized contact patch for sturdy handling when braking, accelerating, and cornering. The Winter Slalom KSI also utilizes an optimized mold profile that minimizes the footprint stress and adds longevity to the tire’s lifespan. Included on the Winter Slalom KSI is an indicator that lets you know when the tire has worn down to 50%.

If you drive a heavy-duty light truck, commercial van, SUV or any other commercial vehicle and are in need of (or just want) a tire that can not only handle Calgary winters but can also take on its off-road terrain while supporting a heavy load, look no further than BFGoodrich’s T/A Traction. It was designed to perform on worksites and deliver solid performance on mud, gravel, ice, snow, water, slush and all of the above together, but make no mistake, the Commercial T/A Traction can also deliver a comfortable ride and low road noise for a tire of its calibre.

The Commercial T/A Traction is molded with a dual-compound formula and two types of grooves. The circumferential grooves are formulated and designed to evacuate water and reduce the risk of hydroplaning, while the shoulders are designed to grip snow and ice. For added hydroplane reduction, the tread also contains silicon dioxide compound and CoolWedge shoulder inserts to keep them cool and prolong the tire life.

The Commercial T/A Traction’s tread features an assertive, symmetric tread pattern designed to claw its way through terrain and is optimized for even weight distribution and increased tire life. Its two-ply polyester carcass absorbs road vibrations and shocks for ride comfort and contains two steel belts that for added durability, bruise and puncture resistance and added stiffness for improved steering and cornering response.

Tire Warehouse is the easiest way to buy and install BFGoodrich tires in Calgary. Find the right set for you, purchase them securely and have them sent where it’s most convenient for you – all in a matter of minutes.

Tire Warehouse is your best dealer of BFGoodrich tires. We carry a full selection of tires in our virtual warehouse.

Tirewarehouse.ca is a Canadian based business serving the community since 1972. We're very proud of our reputation for excellence in serving Canadians nationwide.

Get warehouse direct tires with Tirewarehouse.ca. We simplify the tire shopping experience where you can get great pricing with tires shipped to home or your preferred local Canadian installer.